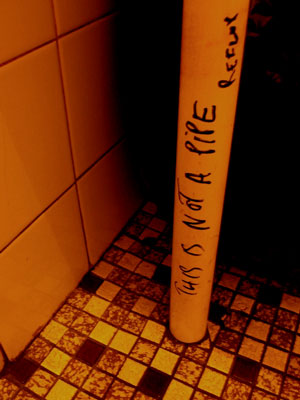 I have posted previously on the use of positive language in critiquing work – the power of 'YES, AND…". In this post I explore a few ways in which the limitations of language can lead to misunderstanding.

John Thakara says that when we lack a positive word for something we can't talk about it positively. The example he gives is 'dolce far niete' which in Italian means the sweetness of doing nothing (In the Bubble p35). Compare this to English where to hang about doing nothing is considered ‘loitering’ – I far prefer the Italian approach. On the positive side, Lera Boroditsky says that when people learn new words for colours it increases their ability to identify and differentiate colours. Boroditsky suggests that there is a strong link between language and cognition ("Scientific American", 2011).

As consultants to large workplaces we often see examples of how language affects understanding. The negative inference of using a particular word can have the effect of 'priming' an audience to believe something is other than it truly is, and misunderstandings between colleagues can be common because of the inability to 'find the right words' or using the wrong phrase. For example, the concept of something being in 'constant beta' (or development) in technology means 'out performing' in financial circles.

One of the best ways to improve understanding of what we mean is to reduce jargon. This is especially important in the professional world with its obsession with acronyms and 'weasel words'. Although jargon affords efficiencies in communication (because it saves time in explaining concepts which can be summarised in a word or two), it excludes those who are not familiar with it. Ask yourself if it could be said more simply and default to that mode of expression when you know there are non-experts in the room. And, should you doubt the power of exclusionary language, eavesdrop on a group of teenage girls sometime.

In our research we can work harder to be sure that the language we use to describe the behaviour and responses of our participants is truthful and respectful. For one, ask how people would like to be described. The way in which people understand themselves might be different to how you see them. Michael Palmyre gives the example of the disabled person who may see themselves first and foremost as a sci-fi fan (Michael Palmyre, personal correspondence). Asking research participants to describe themselves or to tag their own data is a technique that Dave Snowden is using to categorise large ethnographic data sets and create maps with the members of a group he is studying (see Cognitive Edge website).

Our choice of words is more important than many of us care to imagine. What we think we are saying might just mean something completely different to another person. To finish, and to illustrate this final point, here is a list of words in other languages which are difficult to translate into English. Thanks to everyone on Twitter who took part.

Schadenfreude (pleasure in another’s suffering) was popular with the non-Germans who also bring us kitsch, gestalt, and Gemütlichkeit which apparently means coziness. And, if you were to question the validity of this translation, another German might say 'doch' which is like "ya-huh, yes it is".

Utepils is to drink a beer with friends in Norwegian, something that you wouldn't want to do on a boat unless you could practice Sjøbein – which means standing wide apart with your legs to balance your body in high sea.

Hygge is a feeling or mood that comes from taking genuine pleasure in making ordinary, everyday things more meaningful, beautiful or special.

Menefreghismo in Italian translates roughly to "donotgiveadamn-ism", being generally uncaring or inconsiderate towards others. Which is the seeming opposite to the German word Fingerspitzengefühl - literally fingertip sensitivity, or a deft, diplomatic touch or instinct.

In this post I have briefly explored how limitations to language can cause misunderstandings, but that with a little effort to ensure the language you choose matches the audience, understanding can be reached. Then everything will be Cakum pakum as they say in Serbian (neat and perfect). 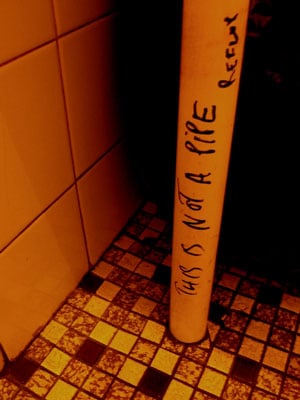 With apologies to Magritte – this is not a pipe (or is it?)